With Pusha T's new album, Darkest Before the Dawn, set to drop on Friday, the rap veteran has announced a tour in support of the project. The tour will officially kick off in March and run through April with stops in Seattle, Los Angeles, Denver, Dallas, Atlanta, New York, and more. Pusha has yet to announce if any other artists will be opening for him during the dates. You can currently pre-order Pusha's album on iTunes here, while the full list of dates are listed below. 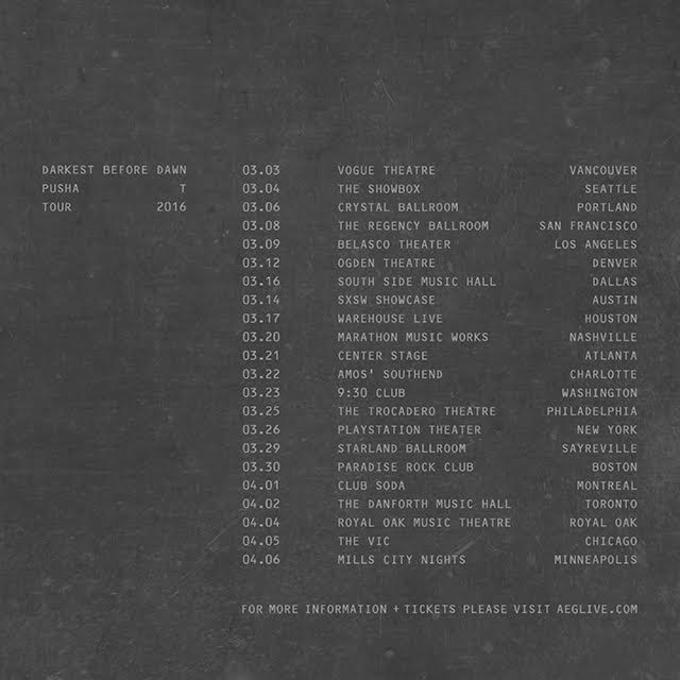