UPDATE: 300 has released a statement on the tour situation, and said that the dates have been postponed while Thug works on his debut album. Read the full statement below:

Regrettably, the a number of the shows on the upcoming Young Thug Hy!£UN35 Tour have been postponed. Young Thug will use this time to focus on putting the finishing touches on his highly anticipated debut album, Hy!£UN35. postponed dates will be rescheduled to 2016 in support of the release of the Hy!£UN35 album. Refunds will be available at point of purchase. We apologize for any inconvenience

Young Thug is currently on the road for his HY!£UN35 tour, but there already appears to be an issue, as he's canceled a number of the upcoming dates. Thug hasn't tweeted or put up a video explaining the cancelations, but as of now, seven of his upcoming tour stops on Ticketmaster have been canceled.

The tour has already made four stops around the East Coast, but the three dates scheduled for the rest of the month have been canceled. We reached out to Thug's label, 300, for a comment on the matter, but they have yet to respond. We're unsure if Thug will continue the tour, or if Ticketmaster will take down the rest of the dates. The Atlanta rapper recently released his Slime Season mixtape, which you can stream and download here. 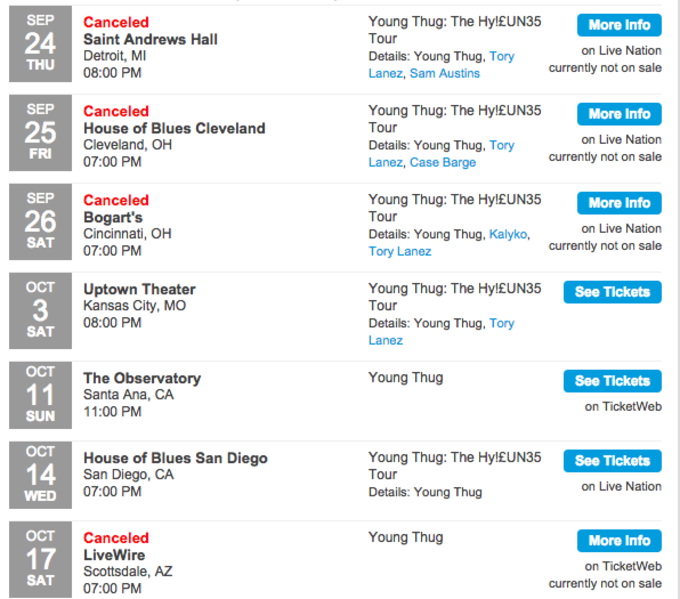