Something rare is happening in Sunnyvale Trailer Park—Ricky, Julian, and Bubbles have a visitor who could smoke them under the table.

Snoop Dogg was spotted in Truro, Nova Scotia yesterday, as filming of Trailer Park Boys Season 10 gets underway. Snoop will be joining the likes of Rita MacNeil, Gord Downie (The Tragically Hip), Alex Lifeson (Rush), and Sebastian Bach (Skid Row), who have all made musical cameos on the show. Season 10 is set to feature guest appearances by Doug Benson, Tom Arnold, and Jimmy Kimmel. If we’re lucky we might get the J-Roc and Snoop Dogg collaboration we’ve been waiting for.

Snoop met the boys at the Pemberton Music Festival in British Columbia last year, and based on, uh, “shared interests,” they got along swimmingly. This visit to the trailer park is predated by an appearance by Ricky, Julian, Bubbles, and shirtless cheeseburger locker Randy on GGN, Snoop’s YouTube talk show.

Snoop Dogg is a long-time fan of the show. “(I loved) just the family vibe,” he told Metro. “I love the way the fellas are all a big family and they love to have fun and not afraid to be themselves… I love being myself and I love being around people that don’t mind expressing that as well.”

Snoop Dogg came under fire earlier this week, and rightfully so, when he re-posted an ignorant meme referring to Caitlyn Jenner as a “science project.” Controversy aside, there’s at least one person who is really excited to see Snoop Dogg in Nova Scotia. It’s this kid: 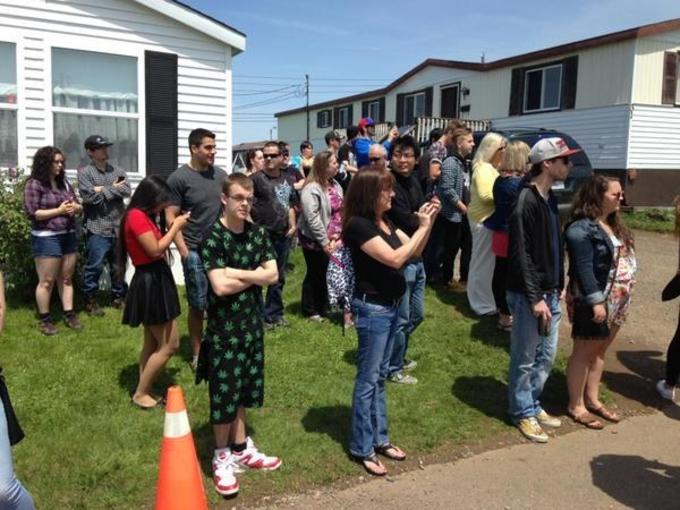