According to this new Internet study, if you're currently over the age of 33, there's a chance that you're done trying to discover anymore new music in your life. In the study, which based the majority of its data off of Spotify users in the United States, it finds that 33 is the age on average when music listeners begin to stop looking for new music and settle into their ways.

“Two factors drive this transition away from popular music. First, listeners discover less-familiar music genres that they didn’t hear on FM radio as early teens, from artists with a lower popularity rank. Second, listeners are returning to the music that was popular when they were coming of age — but which has since phased out of popularity.”

In the chart below, the study lays out at what ages people are more likely to listen to certain types of music, with the peak of people's exploration of new music happening in their 20's. The study points out that during people's teenage years, they tend to exclusively listen to Billboard hits, then, as they enter their 30's, their sense of discovery for new music seems to level off and become almost non-existent. The full study from Skynet & Ebert can be found on their site here. 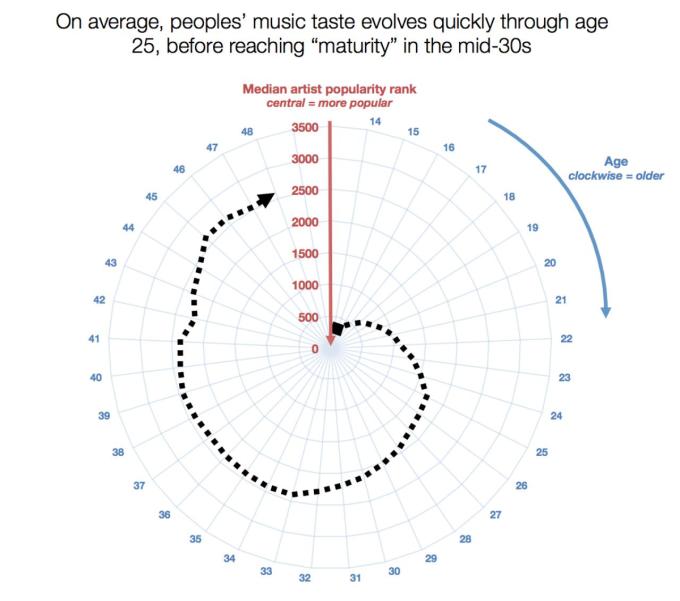