Music streaming giant Spotify continues to change the game, and after their recent valuation, they're now reportedly worth more than the U.S. music industry. According to The Wall Street Journal, after their recent deal for $400 million in additional funding, Spotify is now worth a total of $8.4 billion, which is double the value of their closest competitor Pandora.

As for the music industry, according to RIAA, their valuation for 2014 was $6.972, which is now just behind the value of Spotify. Earlier this year, RIAA announced that for the first time in history, music streaming made more money than the sale of CDs last year, which makes this news about Spotify not all that shocking. 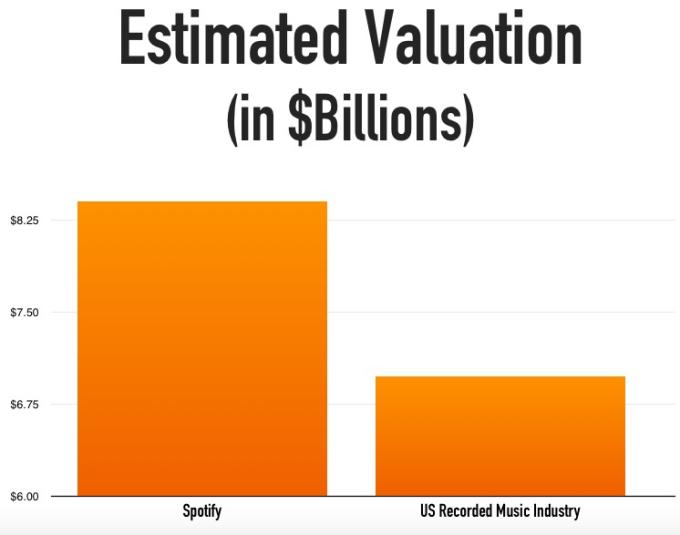