SXSW Music is still going strong this week. There have already been some big moments like Miley Cyrus’ surprise performance at Fader Fort, Big Sean at the mtvU Woodies Awards, The ILLMORE’s secret shows and much more. All of these happenings are documented through Twitter, where over 600,000 tweets were sent about SXSW and SXSW Music from March 17 to March 20. If you wanted to include SXSW Interactive, which started on March 13, there have been million tweets sent about SXSW all together.

Twitter has provided Complex official data that includes the top tweeted moments and performances, most-mentioned artists, most-mentioned emerging artists (Rae Sremmurd and Kehlani were must-see acts in Austin), popular hashtags and trends, and the global conversation. Here are some images that capture the data below.

Some of the top tweeted moments and performances: 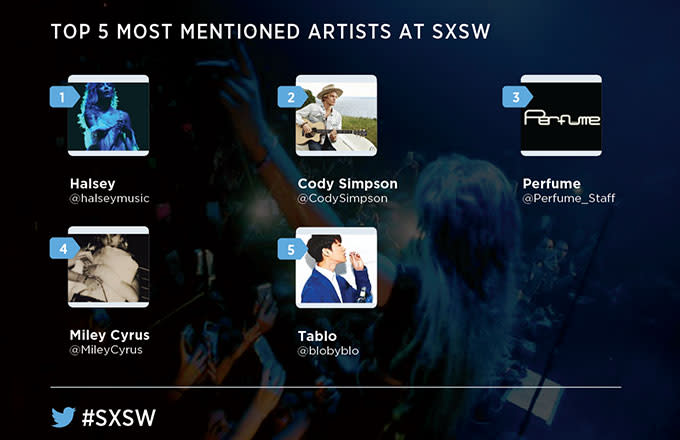 Action Bronson on His New Album ‘Mr. Wonderful’: “It’s Like Licking the Back of a Knee”
Interview: OG Maco’s Not Happy With Cultural Appropriation Abroad, Doesn’t Actually Think His Fans are Stupid
Yelawolf: ”‘Love Story’ Is Gonna Be the Album That Changes Things For Me” 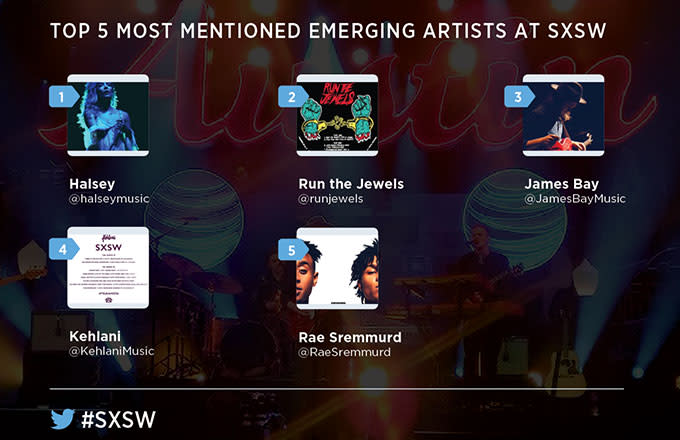 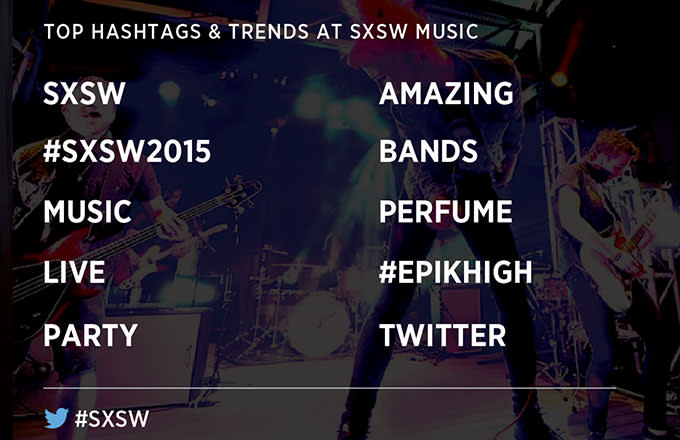 And here's a list of music fans from around the world going to Twitter to experience SXSW this week.