Safe to say that Beck had a crazier week than he probably envisioned following his surprising Grammy win over the weekend for "Album of the Year," which he beat out Beyoncé for. Because of the Grammy win, and probably a little bit because of the "Kanye West Pretend Stage Rush" effect, Beck's album, Morning Phase, has flew up multiple album charts, while also rising by 524% in popularity on Spotify.

Off a quick look, Beck currently sits in the No. 1 spot on the iTunes album chart, while also holding down the No. 2 spot on both Amazon and Spotify. It seems that big Grammy nights have assisted sales for Beck and Sam Smith - who took home four awards of his own - the most, with both artists sitting in at least the top three spots in just about every relevant chart. Smith also received double his normal streams for "Stay With Me" since Sunday night, according to Spotify. 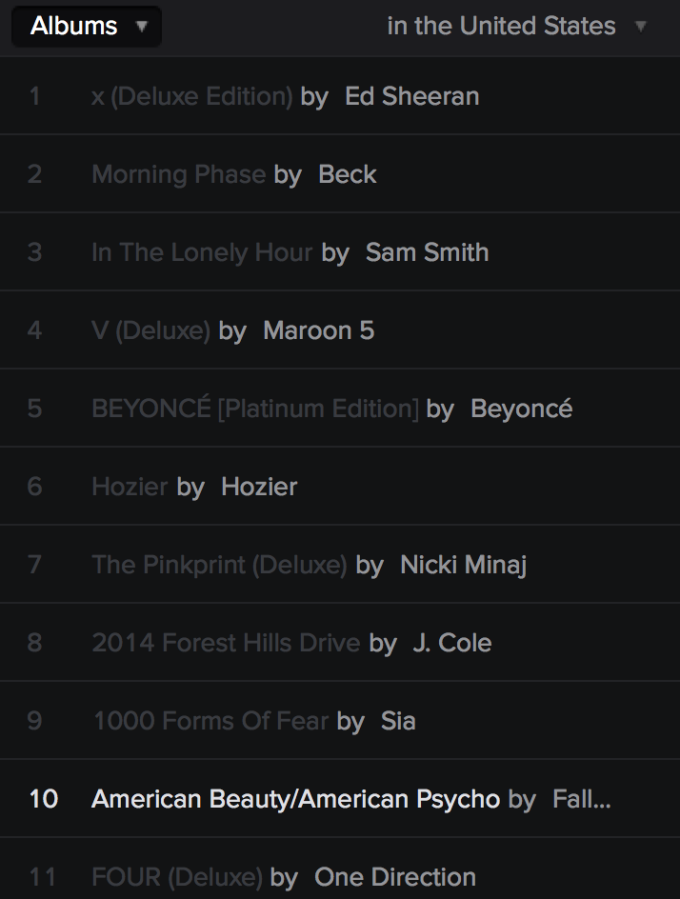 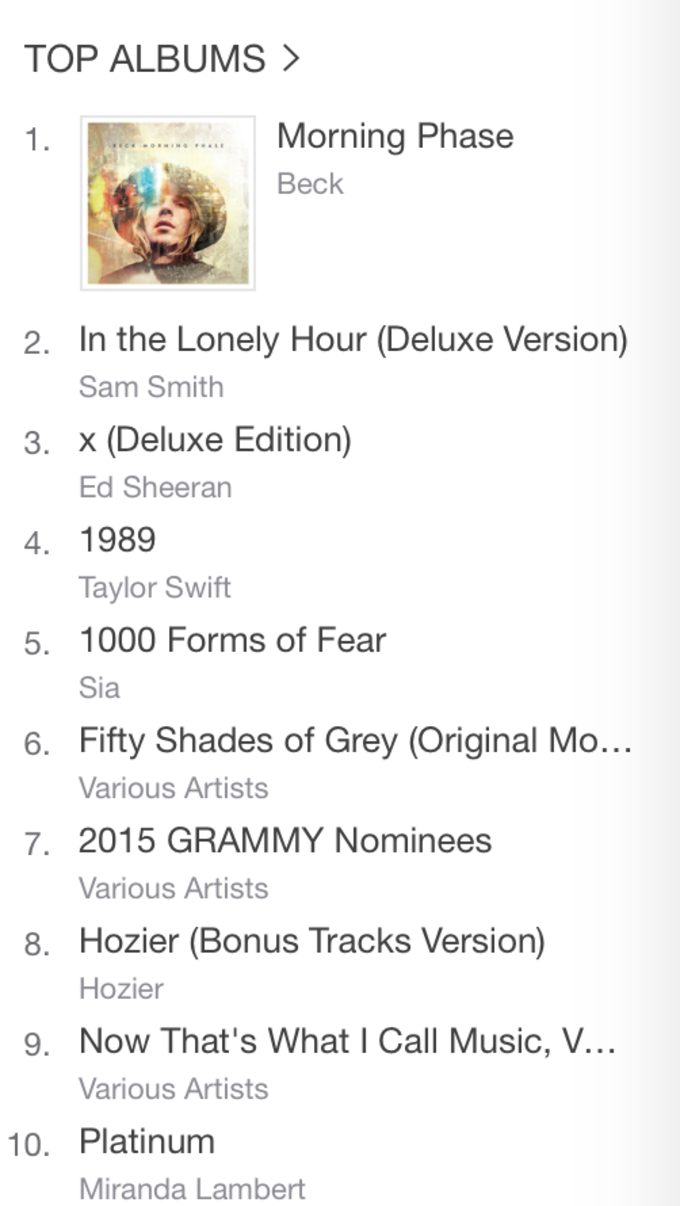 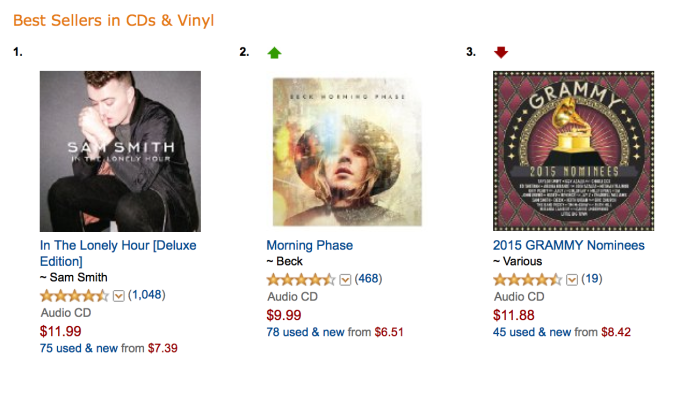