Ever since the Fat Boys rapped about a mythical $3.99 buffet in "All You Can Eat," food and hip-hop have been intertwined. If you're a dedicated hip-hop head, you could even let rap dictate your diet. Start with "Ham ‘N’ Eggs" for breakfast, swing by the "Combination Pizza Hut & Taco Bell" for lunch, get some "Fried Chicken" and "Collard Greens" for dinner, and pick something up at the "Candy Shop" for desert. Don't forget to "Be Healthy" when there’s an available option. After all, "lentil soup is mental soup."

With the emergence of foodie-rap's founding father Action Bronson, and trap music's constant need for kitchen-related metaphors, dropping a well-timed food reference can take a rapper's bars from dreadful to delicious. It should be no surprise, then, that the Godfather Of Grease, the Father Of Flame-Broiled, the Don Of The Deep Fryer is starting to pop up in rap lyrics, instead of game shows and Rolaids commercials.

It’s happening. Guy Fieri is having his rap moment. After cooking up a bromance in Toronto's Lakeview Diner a couple years ago, it was only a matter of time before Drake immortalized Fieri in lyrical form, bringing Quadruple-D (Diners, Drive-Ins, Dives, and Drizzy) together forever. Once Guy Fieri storms the stage with Smash Mouth at this year’s OVO Fest, hypebeasts everywhere won’t be able to resist copping the limited edition OVO flame-emblazoned bowling shirts, with matching back-of-the-neck mirrored Oakley shades.

To our surprise, Drake isn’t the first one to cross the bacon-wrapped drawbridge, over the queso moat, in a Phantom made of nachos in hopes of visiting Fieri’s Flavourtown. There are at least five other rappers who have referenced His Ranchness before Drake name-dropped him on his newest project. 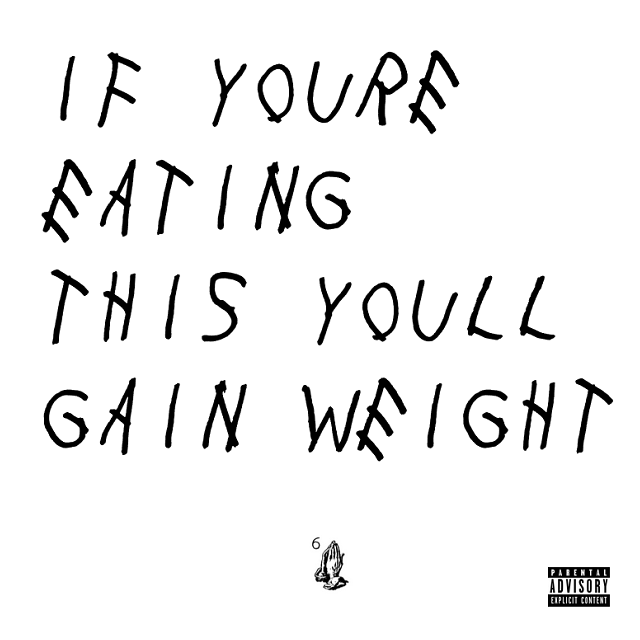