Justin Bieber is currently working on his next album, and it looks like he's recruited the legendary Rick Rubin to help him with the project. The news broke of the two working together when Bieber posted a picture of them in the studio on his Shots page with the caption, "With the man Rick."

TMZ later confirmed with their sources that Bieber and Rubin are indeed working together on new music for Justin's next album, and that they had their first studio session last night. No word on when Bieber is planning to being the rollout of his new album, but it will definitely be interesting to hear how it sounds with a legend like Rubin working alongside him. 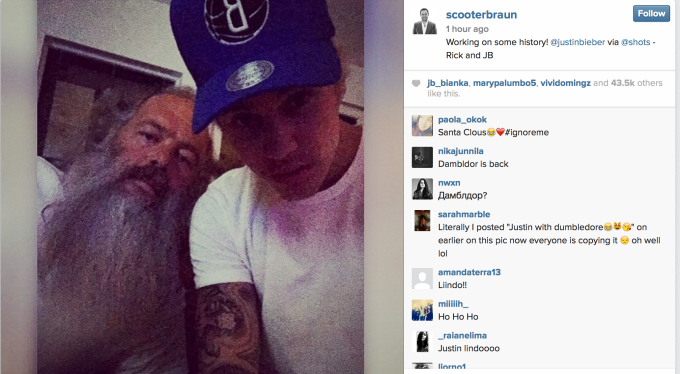