Tyga was just arrested tonight in South Central, Los Angeles while shooting a music video, according to TMZ. No word yet on what Tyga has been charged with or if he is just being detained, but according to the report, he was pulled over by the police while driving a car in the music video, though one eyewitness said that the stop was for reckless driving.

Tyga has already had an eventful past couple of weeks, airing out his current situation with Young Money and saying that him and Drake were never close. We will continue to update the details of this story when they're made available.

UPDATE: Tyga was released from custody on the scene after being handcuffed, though his bodyguard was arrested for possession of a non-registered weapon. 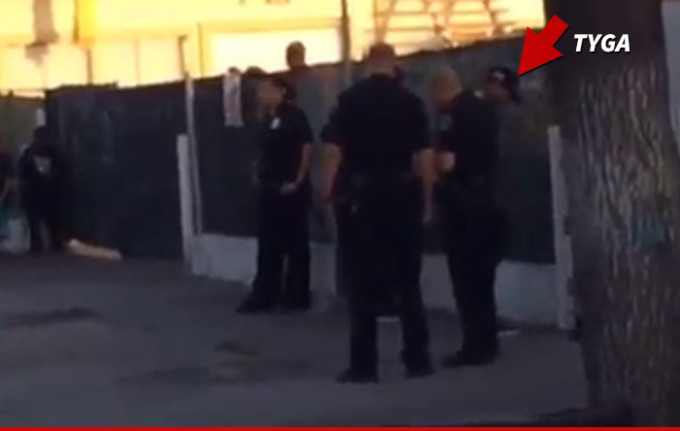