If you didn't know, the second and final portion of the Austin City Limits festival is going down this weekend, and Red Bull is making sure you don't miss a second of the action. The festival, which kicks off this later this afternoon, is being streamed on two channels by RedBullTV and will feature performances throughout the weekend by Childish Gambino, Skrillex, Lorde, Chromeo, Icona Pop, and many more. In addition, the world premiere of Skrillex's documentary film will be shown on both channels on Saturday night at 10 p.m. CST. The entire list of artists and their set times for the weekend can be seen below, while the stream for the festival can be viewed above. 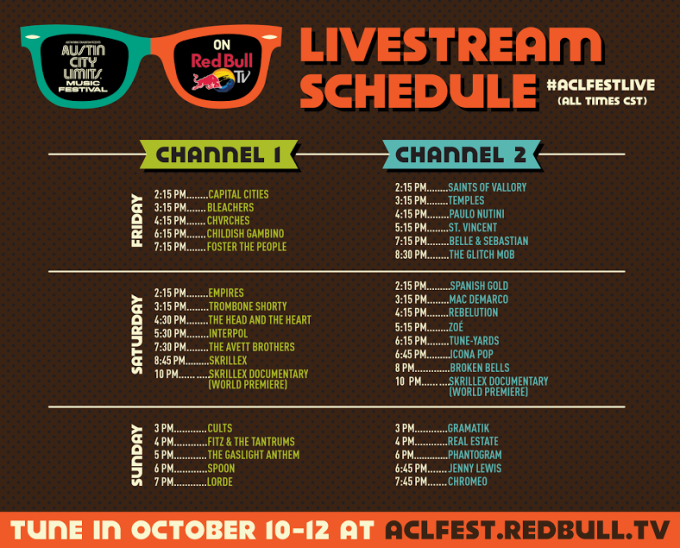