The six track project is complete with two previously released singles "Lipstick on the Blunt" and "Lights Camera Rugby" and work from up-and-coming producers who flipped WWE songs on the tracks. Besides giving newer artists shine, Emilio Sparks says the major goal of the project was bringing artists together—like Michael Christmas and Devin Miles down at SXSW, which led to "The Brain Busters" track. 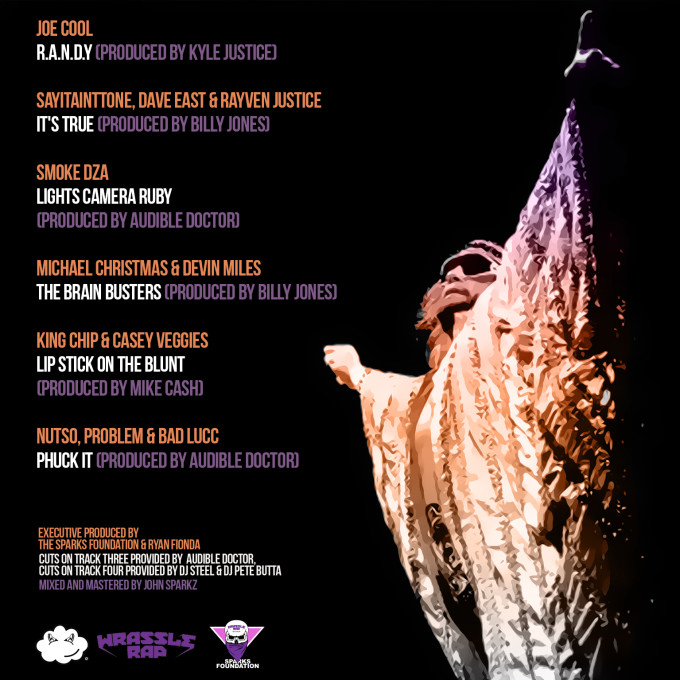