Proceeds from the festival support the Common Ground Foundation, Donda’s House, Inc., Arts Education in Chicago Public Schools, and Year-Round Youth Jobs initiatives. As reported earlier this year, the Chicago Youth Jobs Collaborative—comprised of the Chicago Urban League, Common and Donda's House (run by Che "RhymeFest" Smith and his wife)—hopes to launch 1000 year-round jobs for the youth by this fall, and the show today will help raise money for the jobs effort and other programs through Common's Common Ground Foundation.

Update: According to a tweet from Team Kanye Daily, an audience member in a wheelchair attempted to crowd surf at AAHH! Fest last night during Kanye's performance. Last week, Kanye was accused of trying to make an audience member in a wheelchair stand up at a show during his mini-tour in Australia—but after video footage surfaced, it was clear the story was fabricated. He addressed it the following night at the last Australian show. 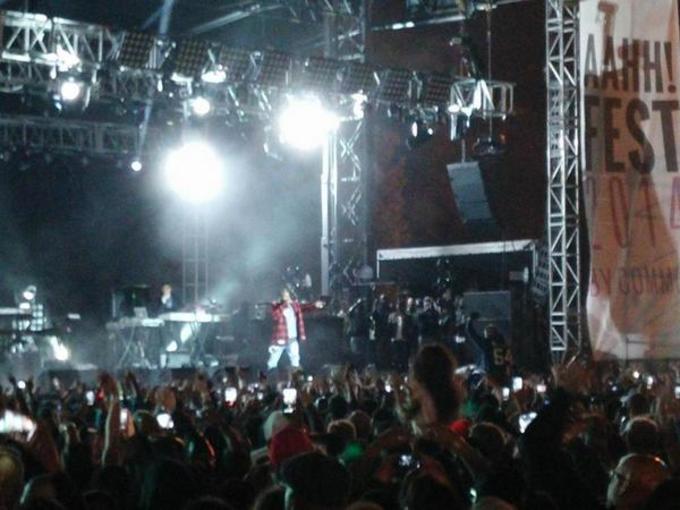