For Husdon Mohawke's Ray Ban x Boiler Room launch party for Chimes, he'd already brought a number of dope artists along, including Lunice, SOPHIE, QT, and OneOhTrix Point Never, so he had to really up the ante for his headlining set. Not only was he dropping a number of thunderous new and unreleased productions of his own, but he had a few special guests, namely Flying Lotus (as Captain Murphy), some Kabuki-inspired dancers, and the mighty Busta Rhymes, who ran through a few of his tracks (as well as his rapid-fire verse on Chris Brown's "Look At Me Now"). If you're a HudMo fan and want to get an idea of what he has in store, play the hell out of this set right... now. If you're like me, your favorite part might be Busta Rhymes rapping directly into someone's smartphone during his rendition of "Put Your Hands Where My Eyes Can See." Simply amazing. 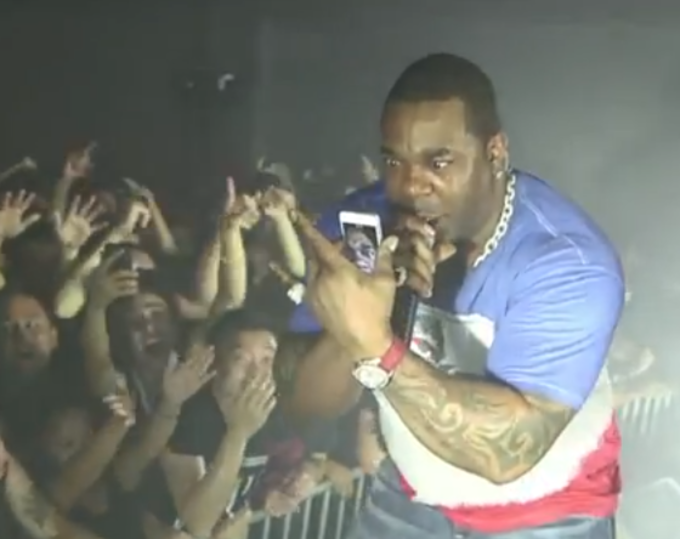