Jon Bellion is making the most of his career this past year. After dropping his project The Separation last December, the 22-year-old singer/producer plans to continue his musical surge with his upcoming album The Definition. Today, Bellion shares the first record off the project, "Munny Right," an inspirational tune that illustrates the path of where he's been, and where he plans on going. "I'll be a fucking Warhol with this BeatPad/Let me paint and hone my craft," he croons, his emotions running high at every point of his journey. If you don't get goosebumps listening to "Munny Right," you might not be human.

Jon Bellion's The Definition will be released in late September through Visionary Music Group. Bellion will follow up its release with "The Beautiful Mind" tour, which begins October 1 in Boston. His full tour schedule can be viewed below. 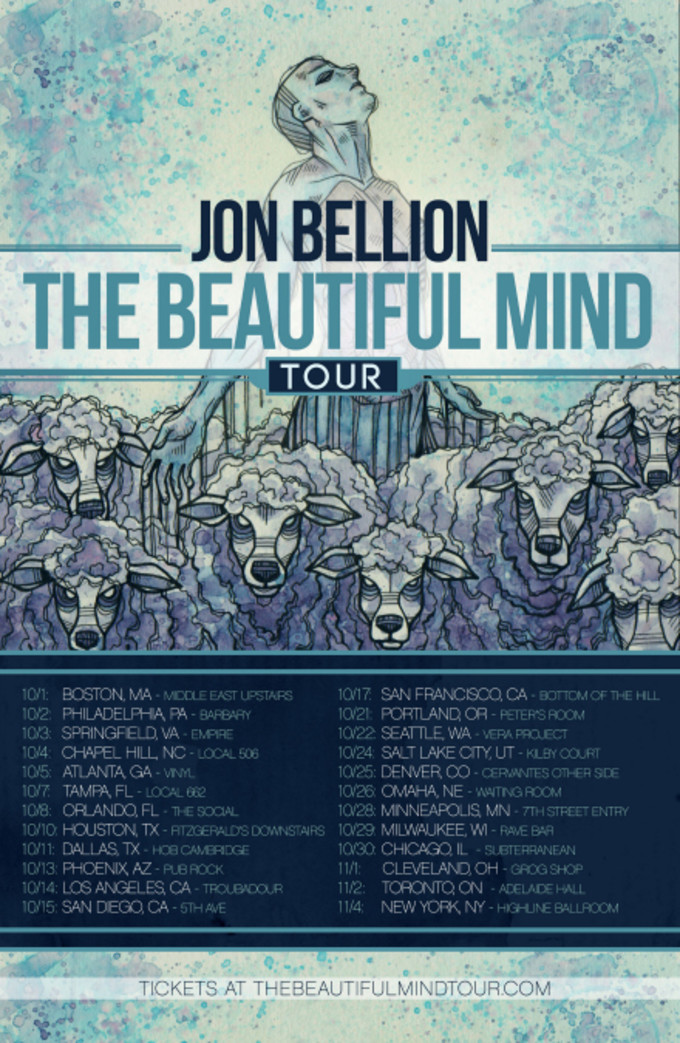