A little over a week ago I was sitting at work, slugging down coffee and mindlessly knocking out emails when I ran across a fresh one from DAD's fearless leader, forwarded from Capitol Music Group and titled, "Hey Khal...writer to ride with DADA LIFE in a hot air balloon this weekend?" Regardless of the fact that I've never ridden in what seemed to be a Hindenburg waiting to happen and that I was less than brushed up on Dada news (having become more involved in disco and deep house coverage since beginning at Do Androids Dance), I quickly responded with a definitive Y-E-fucking-S without too much consideration.

Fast forward a few days and my festival companions and I are arriving at Dada Land the Voyage, a festival that's was created and curated by the hard partying Swedish duo and has been growing exponentially in size and audacity since its inception. The event, which was the biggest they've thrown so far at 10,000 attendees, was a testament to all things Dada, with their long established bananas and champagne brand covering every facet of the grounds and people in attendance. The only thing more potent than the feeling coming from an absolutely ecstatic group of fans was the unbelievable grounds that the event was held on, from the huge mountains surrounding us to the rolling green hills we camped on, the vibe there was unbeatable. 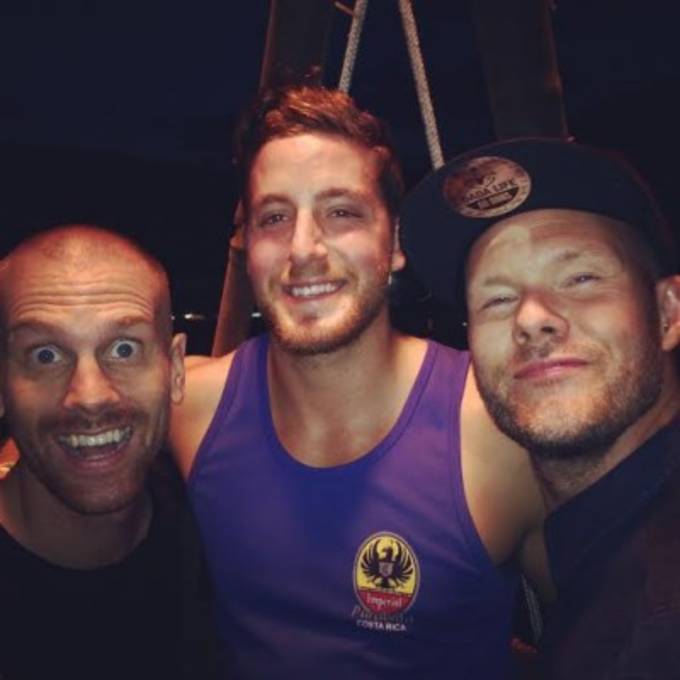 Along with the beautiful scenery surrounding the festival came the threat of Mother Nature's intervention into the plans of the festival. What was supposed to turn into an early afternoon hot air balloon launch, turned into several hours of filling and deflating said balloon, and inevitably coming to the conclusion that the wind was too strong to fly. Persistence and some long, grounded tethers prevailed, however, and after the sun went down the Dada blimp took flight. As we climbed into the balloon before liftoff, Stefan's cavalier assessment of the seatbelt situation on the balloon (read: there aren't any, duh) was enough for all aboard the vessel to get in a quick laugh before defying gravity over the sold out show.

You get to check out some cool situations and meet a lot of people you respect when you're a writer, and the things you talk about and the way you interact humanizes these people in a way not many get to experience. It's one of the best perks of a low paying (and in some cases no-paying) gig and can just as easily result in a poor assessment of someone's character as it can end in an increased respect and even sometimes a friendship. More often then not, however, I find that people surprise you with intrinsically good they are–which was undoubtedly the case with Dada Life, who turned out to be some of the most genuine guys have had the chance to interact with.

What was unique about my experience with Stefan and Olle was that when we stepped into the balloon, for a moment, we were both out of our element and amazed at the simplicity of sharing the best seats in the house. For me to be floating over a music festival with two extremely well-regarded producers, their manager, a balloon pilot, a lucky contest winner, and a guy with a camera, was to say the least, surreal. But more importantly, I got to see two masters of their craft stand back and humbly observe the fruits of their labor. While they took the obligatory pictures with us and shared a few words of amazement amongst themselves, there was an air of reverence that surrounded us that was so tangible I felt like I could bottle it and take it home with me. 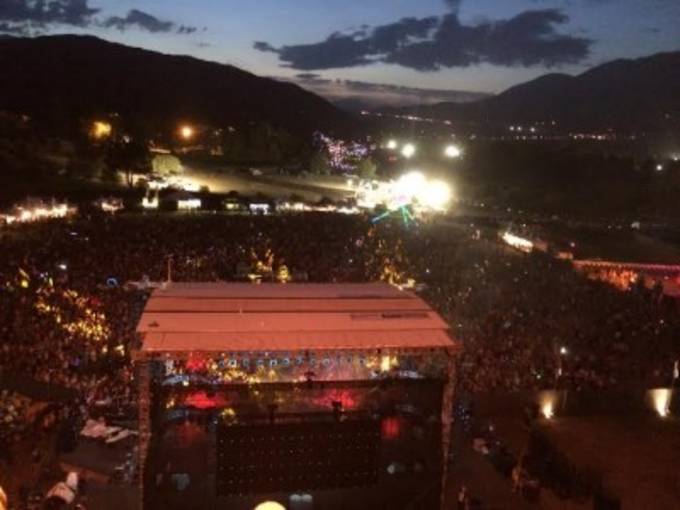 If someone had told me three years ago when I moved to Los Angeles that I'd be in a hot air balloon with Dada Life, looking over their sold out mini festival, I probably would have laughed. I'm sure if you tried to explain the same thing to them several years ago they would have had the same reaction. They're on the verge of a huge moment in their careers and with all the noise and confusion and fans and epic-mother-fucking-shows around the world it's funny that it takes a hot air balloon to give a breather and a moment of appreciation. And for a minute, I had a chance to share in that moment, and for that I will always be grateful and will forever be a fan.

Tell me about the roots of Dada Life. What have you done differently that has taken you this far?
For us it's all about having fun! Don't look back, always look forward and challenge yourself! We make music that we like, not music that we think other people will like.

You obviously have a strong following in the EDM world, but with the release of songs like "One Smile" your mainstream potential is bigger than ever. How do you think you've matured as artists in the last few years?
We want to challenge ourselves. As with "One Smile," we wanted to make a happy track! We were so bored with all the evil hard-hitting tracks. We wanted to bring back happiness into the music! And I think we succeeded with One Smile. It just gives you a big smile!

I hear you've got another album dropping soon, can you give us any previews? Do you have a name for it yet?
It's a compilation album with stuff that we play live. It's special edits and exclusive tracks that you can't buy anywhere. We want to take a piece of the Dada Land experience and let you have it at home!

Let's get to the reason why we're all here. Dada Land has developed into an absolute madhouse. How does this weekend compare to the first Dada Land that you hosted?
We always have crazy ideas! Now we have the muscles to make it happen! We should record the audio from our brainstorming meetings. it's a lot of: "you will get sued," "someone will die," "is that even possible" "let me call the insurance company," etc...

And also, we were just in a hot air balloon together. I don't think I'll ever watch a concert the same way again. What were you both thinking while you were up there?
You get humble and wanna hug every one that has come to Dada Land the Voyage. It was such a massive event, the biggest Dada Land we've done so far! When we're done with the final set, we'll take a golf car to the camping and hug as many people as possible!

There was a moment while we were up there when your manager placed a hand on each of your shoulders and said, "We've come a long way." Can you give us a little insight into what you've been feeling about your music, careers, fans, and futures lately?
We always move forward and don't look in the past. But to get a birds view of the whole event really gave us perspective! We met at a chili cook off in Sweden, the day after we made the first track and now we're looking out of 10,000 people partying in Dada Land!

What's been the greatest part about this whole Dada Land experience? Anything crazy planned for the next one?
It's when you're done and everything worked out! We always have new stuff we wanna try out! You never know when a new thing will come to Dada Land!

Thanks for your time. Any final words or epic news for your old, new, and future fans?
All you need is one smile! We will give you all night!