Smart Hardwell fans have been wondering what the little pictures and clips on his social media pages meant. It started out as a hashtag, included some suspicious pictures, and ended today in Times Square, where Hardwell announced that his IAMHARDWELL World Tour will be hitting six cities in the United States, culminating with a gig at Madison Square Garden in November. If you sign up via djhardwell.com/hwts, you will be first in line for pre-sale tickets, which go on sale on Thursday, June 19 (with regular tickets going on sale on June 27). This tour will be done in conjunction with MTV Clubland, which will include Hardwell hosting an epsiode of Clubland, among other co-branded pieces of content and access. We actually caught a glimpse of Hardwell while he was standing in the middle of Times Square this afternoon: 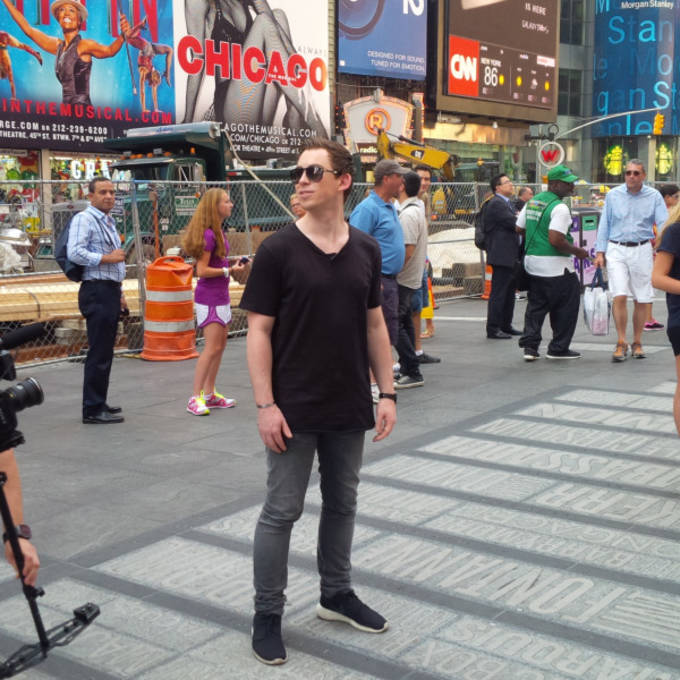