Washington D.C.'s U Street Music Hall is a regular favorite of mine and the venue has routinely been named as one of the best in the nation. so we're happy to hear they're coming bringing the party outside. too. As the summer of 2014 inches closer, the fine folks at U Street Music Hall are stepping up and expanding their game with the announcement of their first Union BBQ, a new food & music festival slated to take place this June 14 at Union Market in the warehouse district.  The festival will bring an assortment of top quality local food vendors and international music talent including (but not limited to) Jamie xx, Kaytranada, Orchard Lounge, and Viceroy and an entire Moombahton Massive stage as well. Be on the lookout for more additions but grab your tickets now and leave the kiddies at home, as this one is 18+.  Be on the look out for more news regarding this sure to be awesome event. 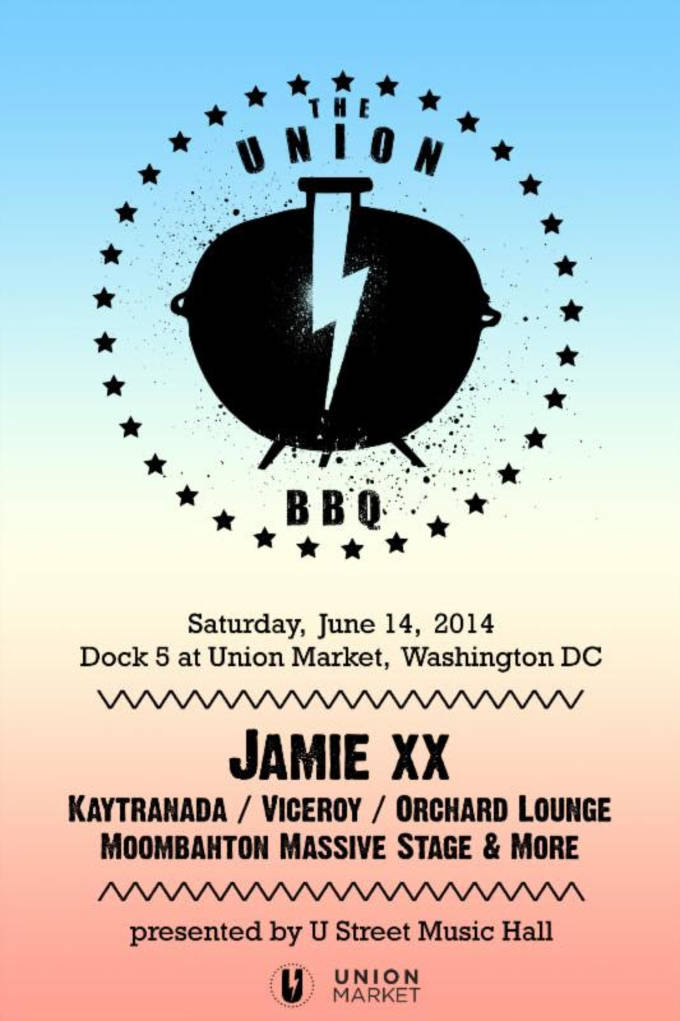