While all we have to go off of is Michael Woods' tweets, we found out on thing this morning: Michael Woods doesn't take any bullshit from anyone. Early today, he sent out a number of tweets regarding a situation with Justin Bieber of all people in South Korea. As the story seems to go, Woods was DJing and apparently Bieber and his entourage wanted to hear hip-hop. They half-way made their way into the DJ booth demanding some hip-hop, and Woods says he told Bieber "to fuck off and put some clothes on," which supposedly made Bieber fly into a rage (ala this altercation with a photographer), and took a cheap shot at Michael Woods' manager before he "fled behind a wall of security." We'll see if the Beebs responds to any of these allegations, but it looks like he loves his hip-hop and will (attempt) to fuck a DJ('s manager) up if he doesn't get to hear it. Here's a blurry pic of what appears to be a shirtless-Bieber approaching Woods' DJ booth, via Woods' Facebook page: 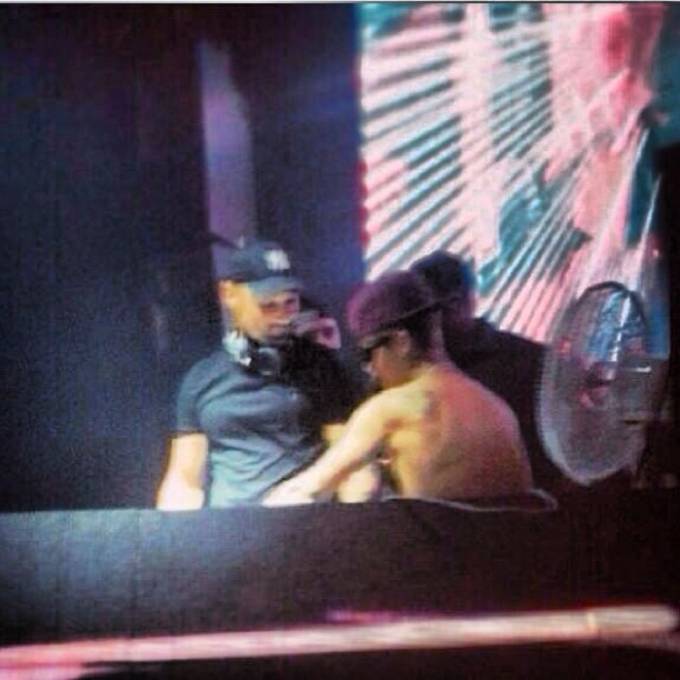