Earlier this year, Brillz put on for the trap/bass scene with his debut album, TWONK. In November, Brillz is planning on releasing ReTwonked, which as Brillz says "will feature remixes from Bro Safari & UFO, Jackbeats, Craze & Klever, Milo & Otis, Loudpack, Buku, and a few more of my favorite producers. I’m really excited about how many diverse styles and different vibes are showcased on it, everything from Trap, Twerk, Electro, and Deep House." To coincide with this awesome release will be a special "Totally Twonked Out" tour that will hit 25 cities in three months, including hitting EDC Orlando and a number of other big shows before 2013 runs down. Check out the full list of announced dates below, and don't be surprised if more gigs get announced in the near future. 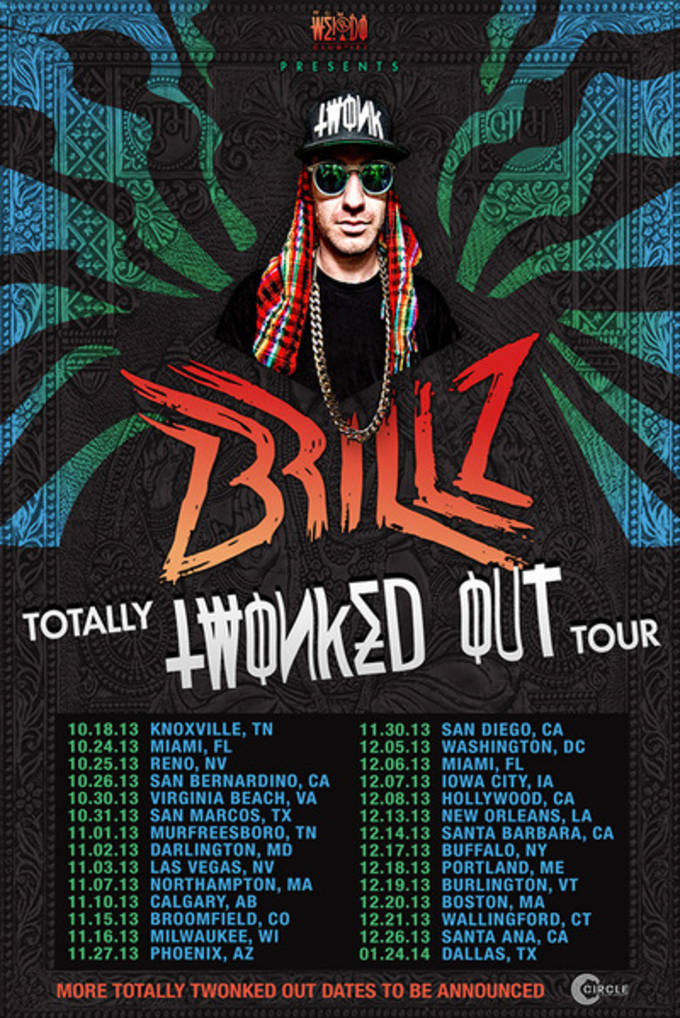