Hopefully you rode with use last weekend, as we had the Ultra Music Festival live-stream going all weekend. We've got one more weekend, and we're doing the damn thing again! The countdown is currently going, and should lead up to the 4PM start... although based on the schedules below, they don't have acts scheduled to perform until 5PM. Whatever the case may be, we've got you covered on the live-stream tip.

As we reported last night, Avicii's set will be streamed at 9PM, and he's planning on premiering his album during his time. Tonight's line-up also features Tiesto, Boys Noize (on the live stage!), Eric Prydz, Martin Solveig, Adam Beyer, and plenty more! Full schedule is down bottom, and you know we've still got the complete list of set-times for the 2013 Ultra Music Festival for the party people who are down at Ultra right now! 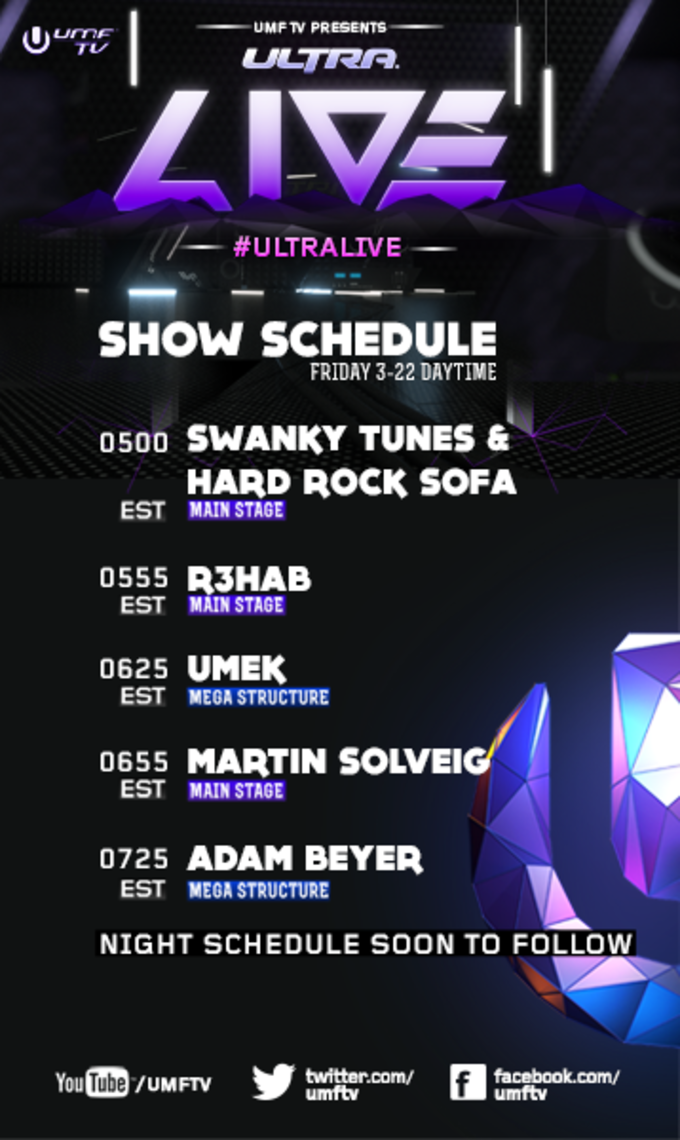 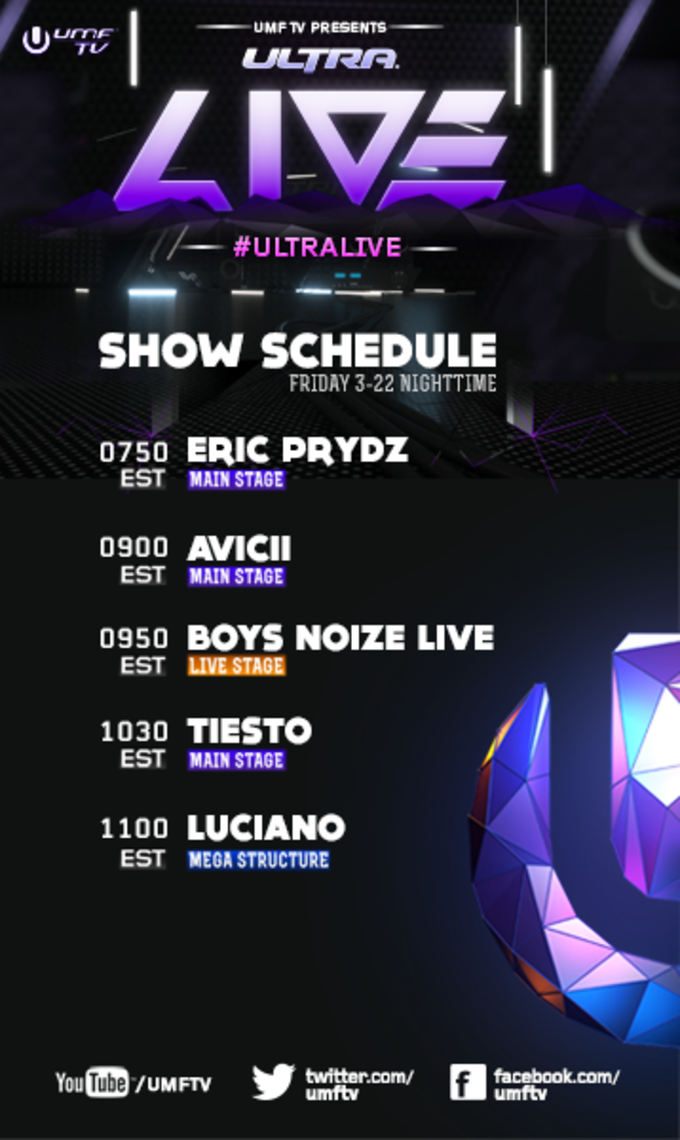