With the Ultra Music Festival's second weekend secure, it looks like they continue on with their world domination. This morning, they announced Phase One of the second annual Ultra Korea festival, which will take place on June 14-15 at the Olympic Stadium Complex in Seoul, Korea. Carl Cox will be curating a special "Carl Cox & Friends" arena for you techno heads, with Armin van Buuren announced for Day 1, and Avicii announced for Day 2.

Tickes go on sale Monday, January 21; hit up the Ultra Korea website or their Facebook page for more details. Check out page two for the full poster for this announcement.

UPDATE We've updated this with the second round of acts announced. 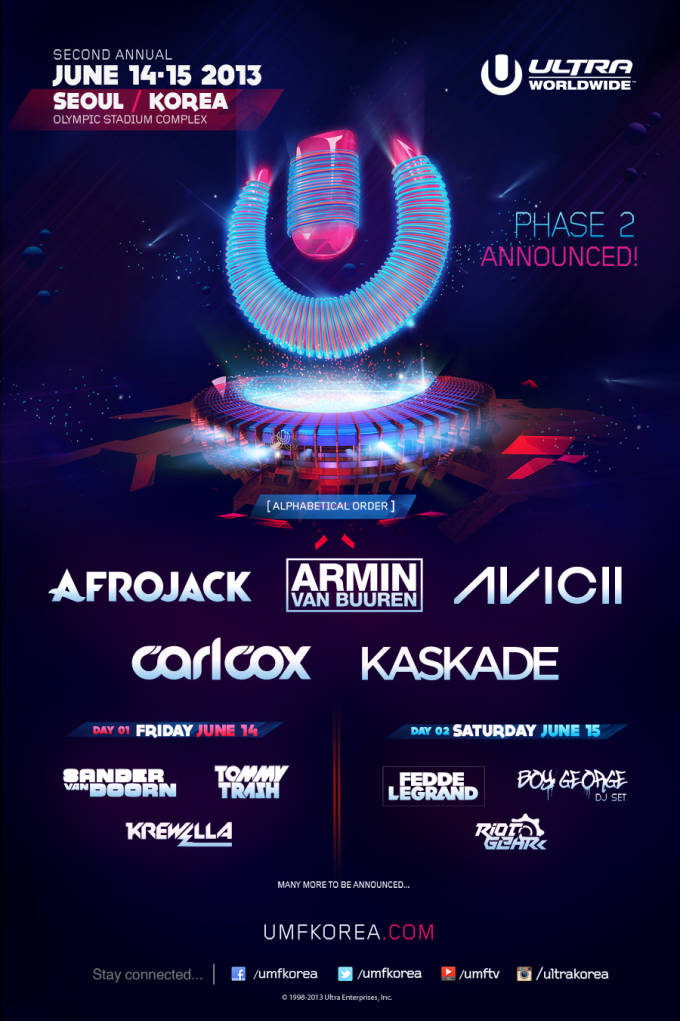