Forever the trendsetter, Diplo is embarking on two different tours this month, one where he hits four shows in one day via helicopter, while the other features his Major Lazer crew touring the Caribbean over five days while on a sailboat. We're not sure how much Red Bull, Jolt or whatever he'll be on to sustain that four-city helicopter gig alone, but he's definitely setting himself apart from the rest of the pack. Full details on both tours below. 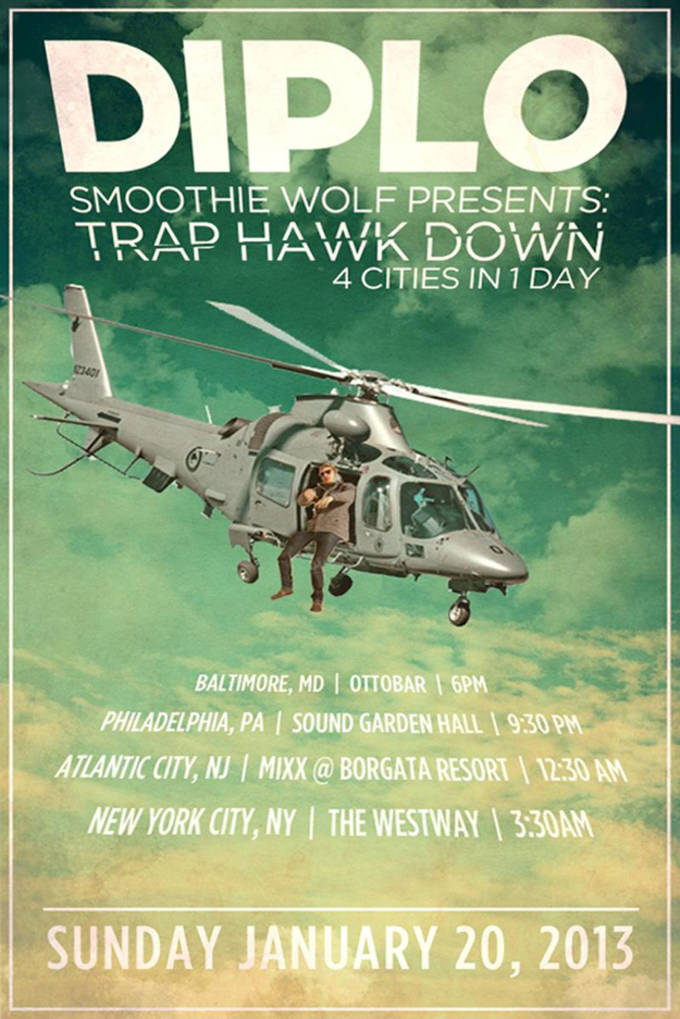 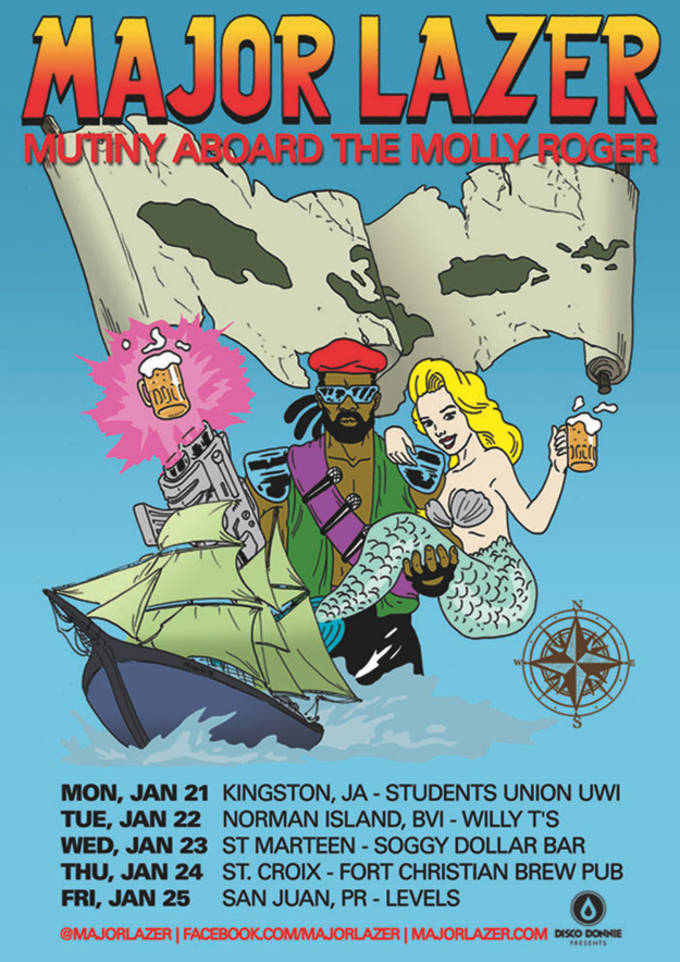