Today is the day, if all goes according to plan, when Twitter will start allowing longer tweets. The social media platform announced Monday it will no longer count media attachments (pictures, videos, GIFs, polls, quoted tweets, and all that) against the 140 character limit.

Some people aren't all that excited about the changes:

Others are still just waiting for an "edit" option:

It's not clear when these changes will roll out, and whether they'll come separately or altogether. Of the changes announced in May, users are already allowed to retweet and quote tweet themselves.

To explain the changes more visually, here's a diagram from Twitter explaining which characters will count after the changes: 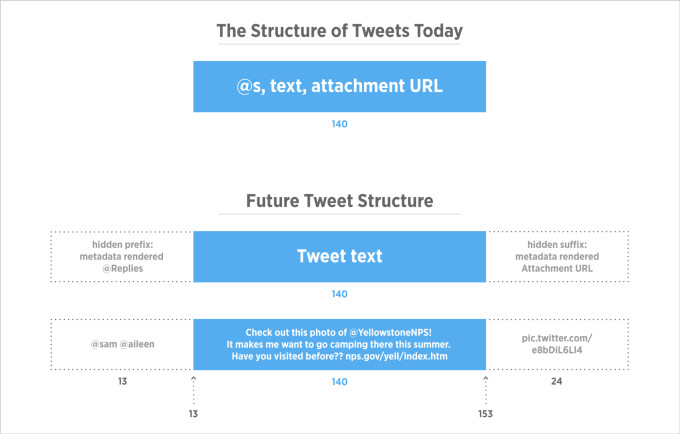 Some people on Twitter are already getting excited about the change and making plans accordingly: