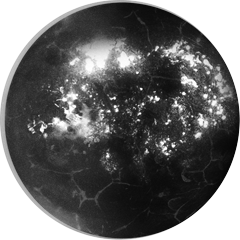 Skrillex has built a massive following and become the face of EDM. He’s also divided the community and marginalized his fellow artists. Can he unite the genre in dance?

INTERVIEW BY KHAL
VISUALS BY TIMOTHY SACCENTI AND HEY BEAUTIFUL JERK
Skrillex is everything that’s right and wrong with EDM today. On one hand, the 26-year-old producer/DJ/label head born Sonny John Moore is proof that an underground artist can use social media to create their own fanbase, sell millions of records, tour globally, and even win mainstream recognitions like Grammy Awards without compromising or making pop hits. On the other hand, his success has created a divide in the EDM community and helped reduce what is a vast genre to something less complex than it is. It’s not Skrillex’s fault; because he’s “popular,” other artists try to replicate what he does and media, which covets his sizeable following, focuses on that particular lane at the expense of smaller, but truly talented, acts who operate outside of it. He’s walking a tightrope where he has to maintain a level of celebrity and growth while trying to lead the next group of budding producers to the forefront.
For the last five years, electronic dance music has become mainstream at a rate that’s surpassed the “electronica” phase of the late 1990s. Major labels are signing EDM stars at a much higher rate—Afrojack (Def Jam), Daft Punk (Columbia), Zedd (Interscope), and Tiesto (Republic/Universal) have all signed contracts over the last two years—or are creating separate imprints to house future dance music labels (including revitalizing the likes of Priority or 4th & B’Way, two legendary labels that released material from N.W.A. and Eric B and Rakim, respectively).
Skrillex has been a huge part of the latest chapter of America’s infatuation with the electronic music scene, or EDM as it’s now known. In 2010, when the 140 BPM dubstep sound from the U.K. was beginning to make an impact on American shores, Skrillex’s take on the style, which featured bright melodies crashing into snarling bass lines and crushing drums on his Scary Monsters and Nice Sprites EP, propelled both that sound and his career to the forefront of the EDM scene, selling 2 million copies worldwide. At the time, most EDM producer/DJs were well-manicured, clean cut, and European. Skrillex was a punk rock kid from Los Angeles who was more comfortable rocking head-to-toe black and his signature haircut (long, black hair everywhere but the left side of his head, which is shaved to the skin). As a 16-year-old, he’d been lead singer for the screamo band From First to Last, which signed to Epitaph and appeared on the Vans Warped Tour. His peers had always been receptive to his music (dubstep luminaries like Skream have always given Skrillex his props), but the chin-stroking dance music fans (and, to some extent, the media) didn’t hesitate to disparage Skrillex for his distinct, intense brand of dubstep (often called “brostep” because it ushered many uninformed college bros into the scene).
In 2012 and 2013, Skrillex swept the “Best Dance Recording,” “Best Dance/Electronica Album,” and “Best Remixed Recording, Non-Classical” Grammy categories with Scary Monsters and Nice Sprites, his 2011 EP Bangarang, and his remixes of Benny Benassi’s “Cinema” and Nero’s “Promises.” His YouTube page, which has over eight million subscribers, surpassed the one billion views mark in April 2013. He’s in demand, collaborating with everyone from Diplo, Ellie Goulding, and Chance the Rapper, to Usher and Ed Sheeran, and even the clothing companies MISHKA and Long. He’s part of the group that runs OWSLA, a “boutique” imprint founded in August 2011 that has become one of the more impressive record labels in the electronic music scene, launching the careers of EDM acts like Zedd, Porter Robinson, Kill the Noise, and others. The label’s regular release schedule showcases Skrillex and his crew’s ability to keep their fingers on the pulse of what’s hot in electronic music as well as their tastemaking ability to forecast what will be hot in the future. He’s also broken into Hollywood. Skrillex scored Harmony Korine’s infamous 2012 youth-gone-wild dramedy Spring Breakers, made a cameo in the 2012 animated Disney film Wreck-It Ralph, and contributed sound design to Michael Bay’s new summer blockbuster, Transformers: Age of Extinction. According to Forbes, Skrillex was one of the World’s Highest Paid DJs of 2013, netting $16 million from his various ventures.
This March, Skrillex’s first official studio album, Recess, debuted at No. 4 on the U.S. Billboard 200. Critics had mixed feelings about the effort, which ranges all over the place, from throwback dubstep sounds of “All Is Fair in Love and Brostep,” to the housier-leanings of “Fuck That,” to the quirky IDM leanings of “Doompy Poomp,” to the gritty drumstep of “Ragga Bomb.” Pitchfork said that Recess “feels more like a transitional record than a debut that plays to his strengths,” but that didn’t stop Recess from giving Skrillex his best first-week sales: 47,000 units. 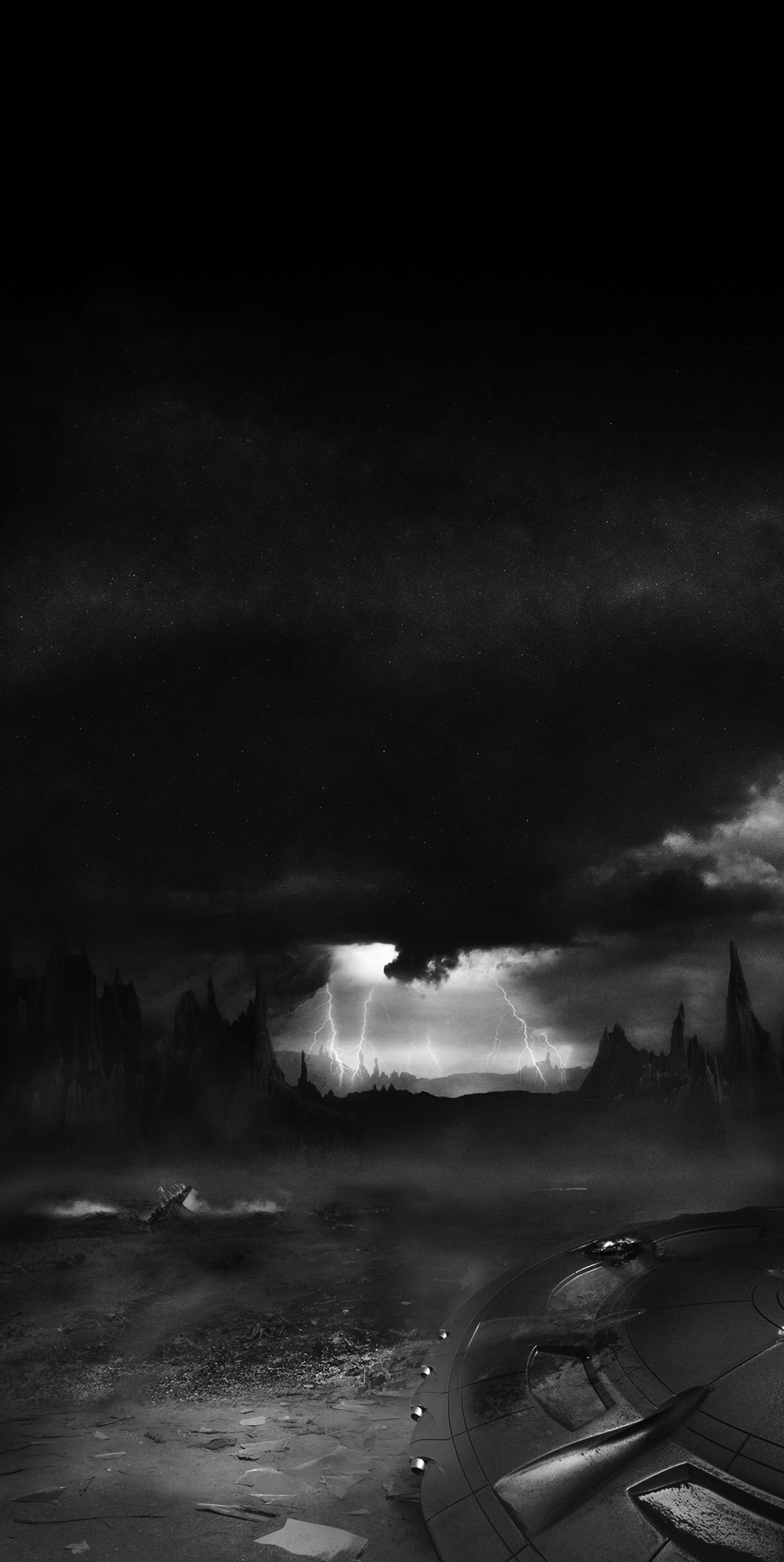 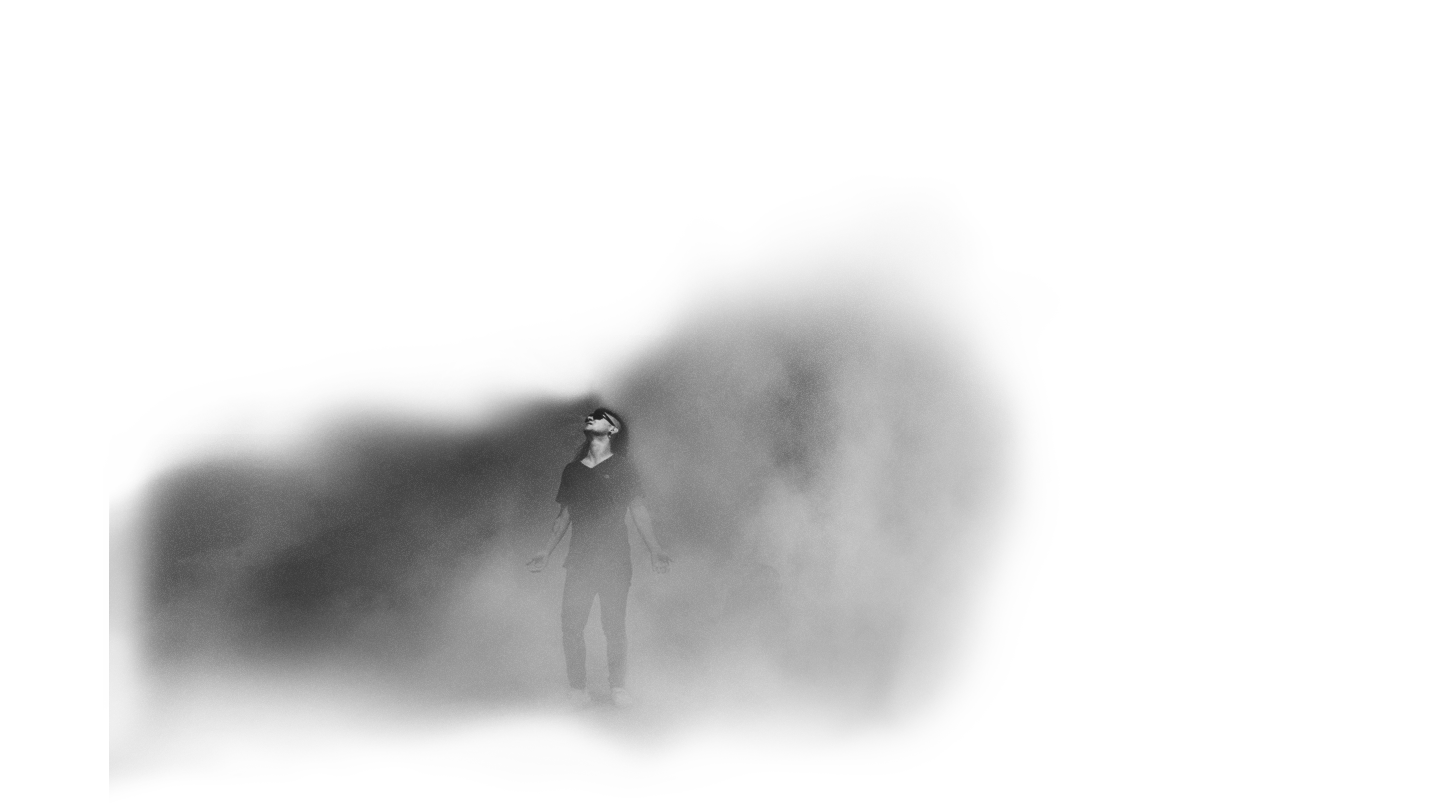 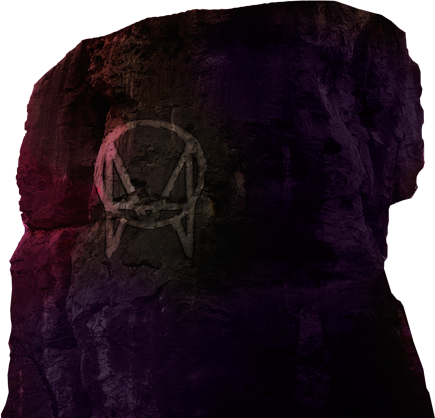 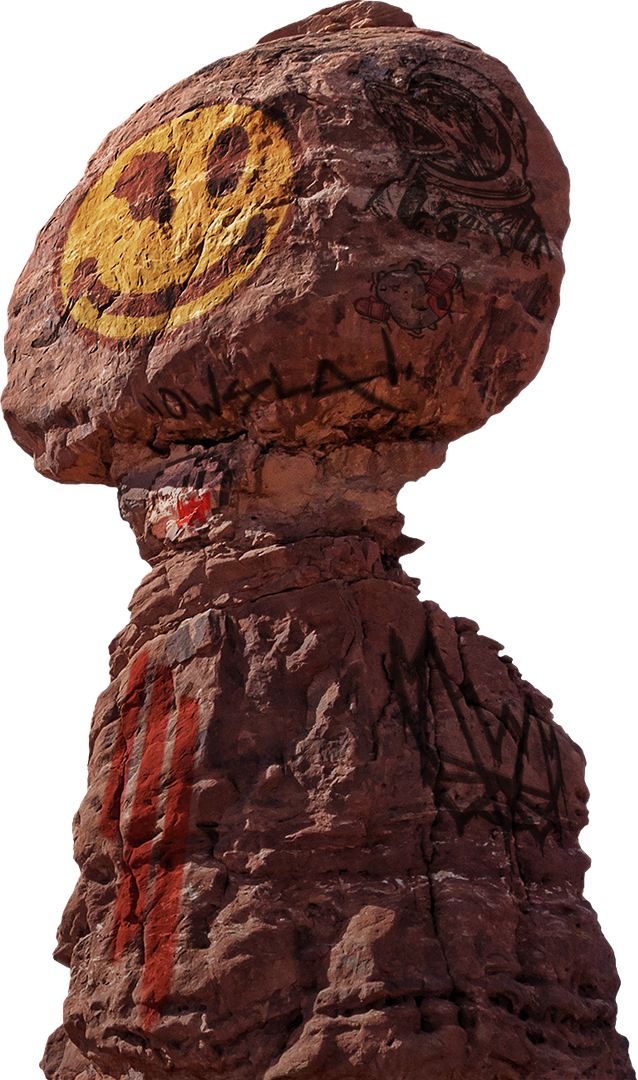 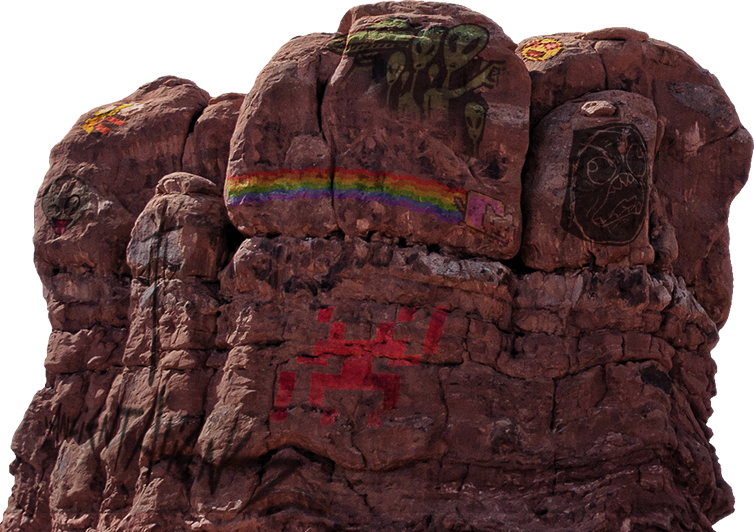 is getting into that zone where you’re almost bored.

That’s when the best stuff comes out.” 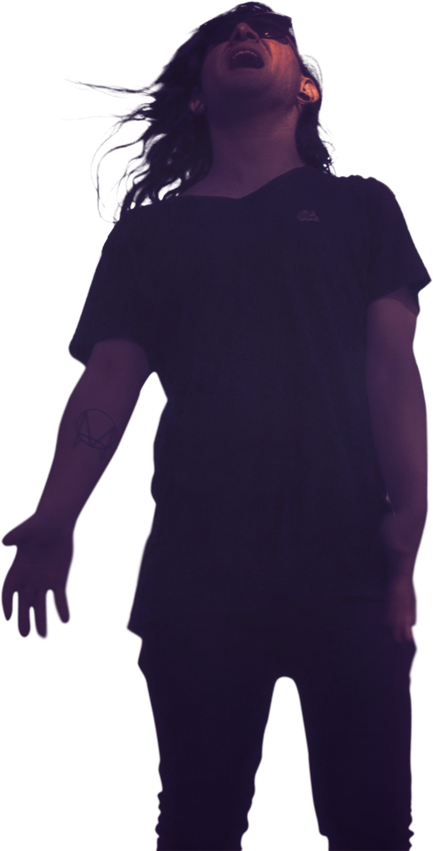 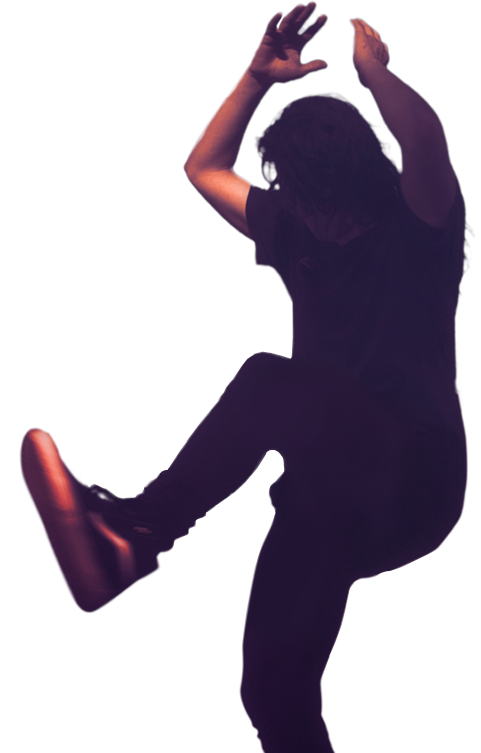 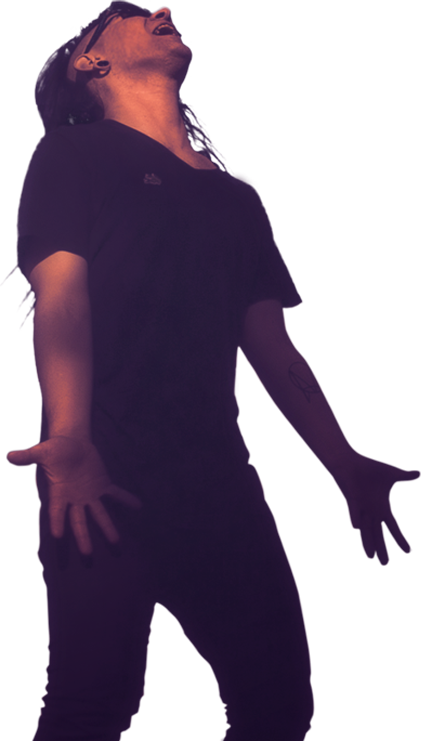 He’s achieved all of this while touring relentlessly, playing major music festivals across the globe, including Ultra Music Festival, Bonnaroo, Coachella, and Lollapalooza. His set with Diplo, as Jack U, was arguably the highlight of the 2014 Ultra Music Festival weekend. The same is true of his dazzling 2014 Coachella performance, where he debuted his audacious new “Mothership” stage setup—a massive spaceship rig designed by Skrillex, his team, and Red Bull that requires “about eight 53-foot tractor trailer trucks to transport.” In April, between Coachella weekends, Skrillex bounces around his downtown L.A. office space—going from a photo shoot, to song placement meetings, to a listening session for OWSLA’s bombastic, forthcoming Moody Good album, and finally to an interview with Complex. He sits in a chill, second-floor studio area with a flat-screen TV hooked up to several video game systems and plaques honoring his one billion YouTube streams and overseas sales. As big a deal as he is, multimillionaire Skrillex, dressed modestly in black Vans, black jeans, and a black shirt, is warm and hospitable, cracking jokes and making sure everyone else is comfortable in his space. Despite a wariness of press born out of the media’s frequent criticism of him, he answers all questions and speaks freely, giving the impression that he is genuinely invested in the conversation about his music and the EDM landscape.
You work in different BPMs and genres but people think there is a stereotypical Skrillex sound. How do you feel about that?
A couple years ago I would get insecure. I found my tendency was to prove something, but it shouldn’t be about proving anything really, just making myself better and doing what I know. With any artist, if you just do what you do, people will realize what that is—even artists who have grown over the years, who have so many different identities. I don’t know any artists who started at one place and kept that same identity from the beginning. The artists I’ve looked up to for my whole life have all changed or switched up their sound. People who follow me will expect that. But the one thing that I’ll never let go of is the energy. No matter what it is, if I can play that live…. That’s what’s cool about my record: I was testing it live with nobody knowing it and got reactions. So that’s all that matters. Skrillex is a DJ, so it’s gotta make people move, it’s gotta make people get up and have a good time. That’s the only real criteria—the sound is second. It’s more about the energy and my personality.
You recorded Recess in bits and pieces with various artists while touring all over the world. How do you feel that affected the vibe of the album?
It was scattered in that sense. And that created what the record was, because it wasn’t like I sat down and had a concept. It was piece by piece, as much as I could work on it. A lot of people think I was gone, working on an album for two years, but I was touring so much last year and not even trying to focus on a record. I didn’t know what I was gonna release. I was flying all over the place. The most I ever worked on my record was maybe two days a week, like actually sitting down in a studio and piecing it together. With art, you have to move in the wind of the moment—you can’t overthink things and that’s the character it will have forever and that record will be that special moment, because it was done that way.
On your Reddit AMA, you said that you recorded with Chance the Rapper’s band, The Social Experiment. How was that different from what you’ve done previously?
I came from bands. I record live stuff all the time. My favorite thing to do is to produce and work with vocalists. Last night I was in [the studio] with Usher and Ed Sheeran and doing this similar thing where I had this basic track and helped them with melodies and they were writing the lyrics and getting in. That’s almost my favorite thing to do— have musicians and piece it all together. With Skrillex, before I got into synthesis, I was sampling a lot and taking pieces and remixing. I worked with bands and I worked with vocalists—I’m a vocalist myself. I feel like it’s actually a stronger point, even working with The Doors on “Breakn’ a Sweat.” All that was done on camera and had to be done in a day, tracking instruments and getting shit. And the big thing with that is being able to read people and going with the flow and not overthinking things, just having the vibe. That song [with Chance the Rapper] in particular, we just rented a studio that night, we were both in Seattle, Chance had a show, both brought the party back to the studio and that was the vibe of the song. It started with a drum loop and a basic chord progression. And then they reinterpreted that with the horns and some keyboards and I brought it back to my computer and took the bass line and chopped it up and fattened it up.

“A song’s gotta make people move—the sound is second. It’s more about the energy and my personality.”